Yellow tomatoes tend to be less acidic than their red counterparts, and thus, a bit sweeter, too. Also known as a slicing or beefstake (their heavy vines are often “staked”) tomato, they are preferred for their large size which lends their use in tomato salads, featuring nothing but tomato slices with your favorite dressing. We feel that yellow beefsteaks tend to be a better eating tomato than the red, simply because not as much “engineering” has been done (yet) to the yellow. Hopefully, steakhouses across America will update and upgrade their tomato salad offerings to include not only yellow beefsteak tomatoes (wouldn’t a combo of red and yellow tomatoes be much more striking?), but also some of the many smaller, more flavorful tomatoes like the: grape, Sweet 100’s, teardrop, and heirloom varieties, which, offer the real flavor of tomatoes that we’re all in search of. All tomatoes are best never having been refrigerated. Ethylene gas does ripen tomatoes, and although they themselves do not produce much ethylene gas until they are mature or ripe, you may wish to cover them and keep them away from other ethylene producing and odoriferous foods until ready to use. You may, as a last resort, put ripe tomatoes under refrigeration to impede further deterioration, but if stored below 50 degrees F, they will easily chill and become virtually inedible. Tomatoes are best kept between 55-60 degrees F. 10lb case 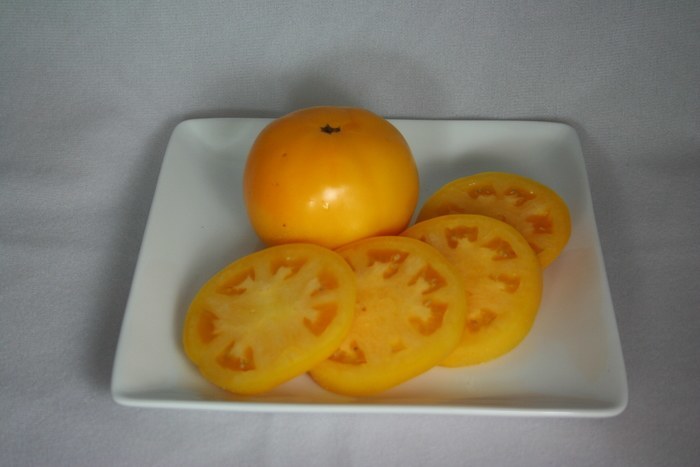